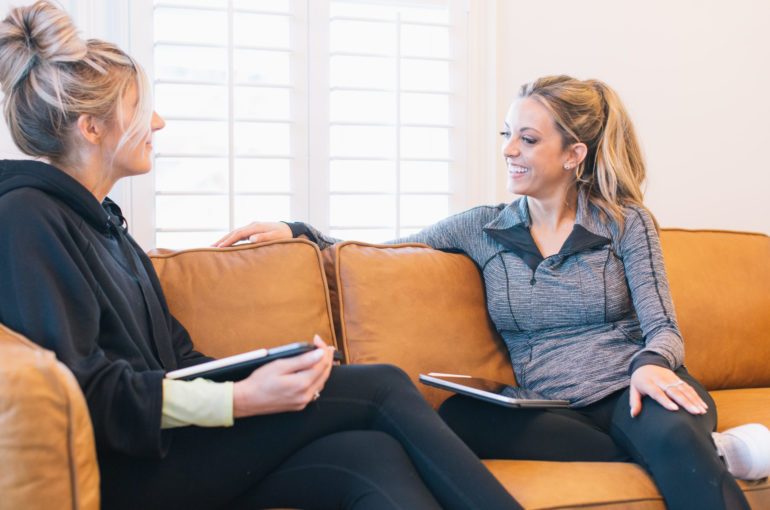 Just last week, Macy and Kathryn did a FREE training that was all about selling during crazy times – we believe that when times are crazy, your sales don’t have to be! If you missed it, you can catch the replay HERE!

They talked about a few rules for building your empire and they go deep about those rules in this podcast episode:

What this means is that culture is greater than any strategy you could possibly have. If the culture isn’t right, the strategy doesn’t matter.

Just the other day, we received this message from one of our rockstar graduates, Meredith: “Yesterday my company laid off 20% of employees. I made the cut. The work I’ve been doing since November has primed me for this exact moment.”

Meredith works for a large corporate company and when they were hit with corona backlash, she was one of the few to make the cut.

She is a perfect example of this rule. She signed up for GUIDE Culture looking for a strategy and she left believing that CULTURE > STRATEGY!

Meredith left GUIDE Culture focused on the inside game. Working on your heart, mindset and attitude will get you to where you want to go. It’s all about how you communicate with others and the leadership abilities you embody that will make you stand out.

5 months ago, Meredith shifted her focus from “how do I get to the top” to “how can I serve others” and created a culture on her team.

Remember friends, culture is NOT playing air hockey at 3pm – it’s the attitude, mindset and words that you use. Because Meredith was laser focused on that, corporate started bypassing her boss and going straight to her for advice. She was the leader even though she wasn’t in charge.

She worked so hard on herself, without even knowing exactly what she was preparing for. The culture she was focused on creating is what allowed Meredith make the cut.

When you focus on the inside game, you lay a foundation that is going to carry you through any chaos that comes ahead.

© 2020 - GUIDE Culture
Select the fields to be shown. Others will be hidden. Drag and drop to rearrange the order.
Compare
Wishlist 0
Open wishlist page Continue shopping